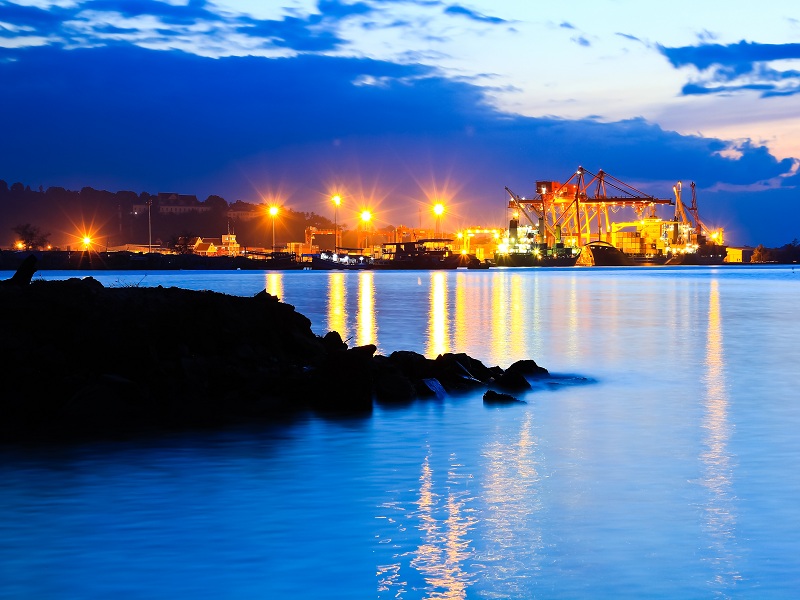 Sihanoukville has had its fair share of ups and downs in the real estate industry. And these adversities eventually led to a form of diversity that became the main selling point of the province. Considered to be one of the fastest developing areas of the country, it’s no surprise that interest has centered on it for future investments – especially in the condominium market. But is Sihanoukville really a good place for investment? Realestate.com.kh gives all the necessary information to those considering to purchase a condo in Sihanoukville.

How did Condos in Sihanoukville evolve?

Sihanoukville started off as a humble beach town that offered a different experience away from the temple-laden cities of the country. But as the years rolled by, Sihanoukville quickly became an increasingly progressive area for real estate. It wasn’t until recently though that more modern and luxurious developments started to rise in the city. This came at a time when a surge of plans and constructions were laid out for the development of the whole country’s real estate sector. This lead to 2015’s increase in foreign direct investment, mostly due to investments in the construction of properties such as condominiums.

However, with a rush of new developments turning up in Cambodia, 2016 saw an oversupply of condominiums which contributed to a market slowdown. But since the oversupply was mostly concentrated in Phnom Penh, this gave an opportunity for Sihanoukville to shine.

Why are Condos in Sihanoukville such an attractive idea?

Many major infrastructure upgrades in Sihanoukville are currently underway such as the revival and upgrade of the Royal Railway train system, the Sihanoukville Airport expansion project, and the Deep Sea Port
expansion project. These not only enhance the portfolio of the area by adding accessibility as another selling point, but it also improve the shipping of materials for construction, reducing the price of the condos in the area.

More importantly, the main attraction of Sihanoukville is still its access and a view of the pristine waters and well-maintained beach that comes with the purchase or rental of each unit there. This has actually been a mantra for most of the developments in the area.

What are some of the available condos in Sihanoukville?

Probably the most popular condo development in the area for its design and features is D’Seaview condominium that’s located around 1 km away from Sokha beach. It incorporates both airflow and natural daylight for the comfort and convenience of its residents. It also offers an impressive panoramic view of the beach, the area, and the ocean. Its residential units include one to three bedroom units and a duplex. The development will also include state-of-the-art amenities such as a fitness center, a swimming pool, and a children’s playground. It will also be a mixed-development project that will utilize both residential and commercial investors.

The Royal Bayview is another local condo, and it stands along Independence Beach. It is a luxurious freehold condo that’s only 50 meters from the seafront. It has a total of 1,344 units and will also have 3 levels of retail space. The Royal Bayview is expected to finish by the end of 2019.

Similarly, The Blue Sky Tower Condo in Sangkat 2 is also a mixed use development that will contain both a mall and residential units that start at $40,000 or $694 a month. It’s slated to reach completion by the end of 2019 as well.

Another development that will soon rise in the area is the Nest Apartments Seaview Condominium along Hawaii Beach. It has units across 9 stories that range from 30 to 126 square meters which costs anywhere from $28,500 to $52,500. As of January 2017, the structure has been completed and the walls are now being put in place.

To find more properties in Sihanoukeville, you can visit Realestate.com.kh and give our search tool a go.

How much are condos in Sihanoukville?

For price comparison, you can visit our website now.

Can foreigners buy condos in Sihanoukville?

Foreigners can buy units from condominiums via strata titles. It’s a type of ownership designed for multi-level apartment blocks with shared areas. A foreigner can buy up to 70% of the units, provided that the units aren’t located on the ground floor. This provision on not owning property on the ground floor might change soon though as there have been talks of giving Sihanoukville a special status that would allow foreigners to buy land. Whether this only applies to land or includes grounded units or properties remains to be seen.

Learn more about owning condo as a foreigner by visiting our foreign property ownership guide.

Which area is best to invest in or buy condos in Sihanoukville?

Sangkat 4 is the most sought after residential area for investment as it is along the beachfront. This area includes the four-kilometer stretch of Ochheuteal Beach all the way down to Serendipity Beach. Even though some of the businesses in Ochheuteal Beach were torn down for the area restructuring of the government, it still remains popular because of its easy beach access. As a testament to its popularity, land prices behind and along Ochheuteal doubled in 2015.